The viol consort Newe Vialles was launched in 2015 by co-directors Henrik Persson and Caroline Ritchie. The name reflects the “Newe vialles” brought  to the English court by Henry VIII to replace the “old vialles” (rebecs or fiddles), thus beginning the long tradition of  viol-playing in the British isles.

With a repertoire stretching from the early 16th to the late 17th century, Newe Vialles is equally at home with polyphonic music from across the European continent as it is with the music of the English ‘Golden Age’. Distinguished by its unique core sound, the group aims to engage with aspects of performance practice such as rhythmic flexibility and improvised ornamentation, resulting in a performance style that is both vibrant and engaging to the modern listener, and faithful to the vivid rhetoric of the music itself. Their interest in the rejuvenation of the viol consort tradition has resulted in two world premieres of music for viols by Jocelyn Campbell (2016) and Giles Swayne (2017).

Recent projects include recordings of Buxtehude and Gibbons with the choir of Trinity Hall, Cambridge (Andrew Arthur), a programme of consort songs with Helen Charlston (mezzo soprano), and the establishment of the South West Viols Festival, an annual weekend of workshops, masterclasses and consort playing in Culmstock, Devon. Newe Vialles is ensemble in residence at Saxon Shore Early Music (Kennardington, Kent), where they will return in October 2021 with a new programme based around Dowland’s Lachrimae. 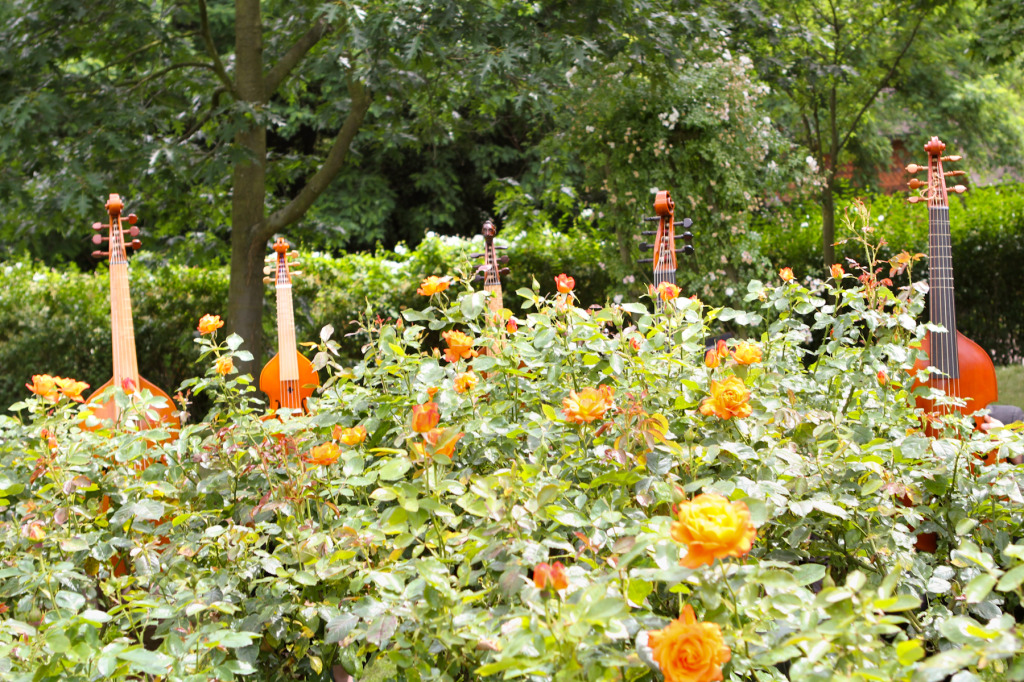