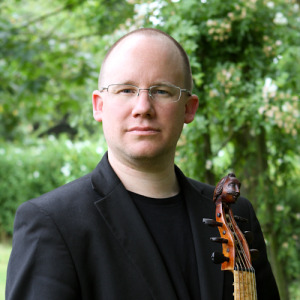 Born in Stockholm, Henrik moved to England to study cello at the Birmingham Conservatoire with Andrew Fuller and viola da gamba with Bill Hunt. After completing his BMus Hons degree, he undertook a postgraduate performance degree at the Royal Academy of Music in London where he studied baroque and classical cello with Jennifer Ward-Clarke and viola da gamba with the late Richard Campbell.

Henrik currently enjoys a rich and varied freelance career, most notably as first continuo player for Sounds Baroque and Amici Voices. He is also a regular with Florilegium, the Musical and Amicable Society, with whom he also appears as a soloist, and for the Blackdowns Early Music Projects. He was first continuo player of Philip Pickett’s two groups New London Consort and Musicians of the Globe with whom he regularly toured throughout the UK and the world for eight years. Henrik was also first continuo player for La Nuova Musica from 2007 to 2010 and a member of the European Union Baroque Orchestra 2002-03. He is also a founding member of Ensemble Shudi, specialising in 17th and 18th century chamber music together with the violinist Sarah Moffatt. Henrik also teaches at the annual Baroque Opera Course at Benslow Music, together with Judy Tarling.

Recordings include appearances as continuo player on several discs such as Spiritato!’s The Judgement of Paris by Daniel Purcell, Sweeter Than Roses with soprano Anna Dennis and Sounds Baroque, Bach cantatas with Amici Voices, and Odes, Songs and Sonatas, Divine, Moral and Entertaining from the English 18th Century with the Musical and Amicable Society. He also appears as soloist together with Jonathan Rees and Martin Perkins on the Weston Park Cello Music recording with the same group. 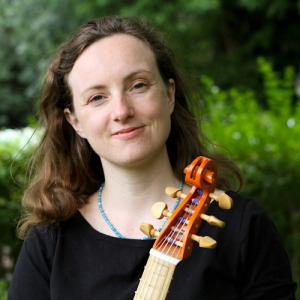 Caroline Ritchie studied at Oxford University, the Royal Academy of Music in London and the Schola Cantorum in Basel, where she specialised in the repertoire for 16th century viol, in particular the virtuoso music for viola bastarda. Her studies there were generously supported by the Leverhulme Trust. In Basel, she worked with Paolo Pandolfo and Randall Cook, and her playing has also been influenced by studies with Sarah Cunningham, Rainer Zipperling, Jenny Ward Clarke and Richard Campbell. She performs regularly on all sizes of viol, vielle, lirone and early cello, with recent engagements including Festival Montreal Baroque, the Utrecht Early Music Festival, Kromer festival (Biecz), and the London Festival of Baroque Music. Her playing has been described by The Times as “ear-catching”; her growing discography includes recordings for (amongst others) the Ricercar, Audite, Christophorus, and Resonus Classics labels. She is currently preparing a debut solo recording of the earliest repertoire for the English division viol. From 2010-2019 she taught viol and consort playing at the Royal Academy of Music, and is a frequent guest teacher on courses and summer schools. Wearing her other hat, she does odd bits of research and has a number of editions published by Bärenreiter-Verlag, Breitkopf und Härtel, and Septenary Editions. 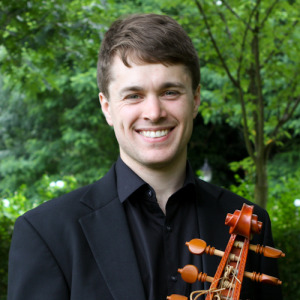 Born in Bristol, Jonathan Rees has appeared across Europe as cellist and gamba player with the UK’s leading period performance ensembles. He has performed as continuo cellist with the Academy of Ancient Music on their tour of the United States and Canada, and as principal cellist and gamba soloist with the Orchestra of the Age of Enlightenment, La Nuova Musica and many other ensembles. He has also appeared several times with the viol consorts Fretwork and Phantasm, and as continuo bass violinist/gambist with the ENO in their Peter Sellars production of Purcell’s Indian Queen.

He has given solo performances in the Leeds International chamber music series, Lichfield festival, Bristol’s Colston Hall, a recent BBC Proms composer portrait of Colin Matthews and Birmingham Opera Company’s 2012 performance of Stockhausen’s “Mittwoch aus Licht.” He has recently joined Christopher Suckling in Vivaldi’s double cello concerto, and Martin Feinstein in Telemann’s recorder and gamba concerto, both with the Feinstein ensemble. With fellow cellist Vladimir Waltham, Jonathan is one half of Duo Domenico, which won the audience prize at the York Early Music competition in 2013, has recently appeared in York, London and Berlin, and performed in the London Festival Festival in 2015. His collaboration as a viol player with dancer Susie Crow in their critically acclaimed show “Two Old Instruments” has recently taken him to venues across England. He has performed as a chamber musician in the Cheltenham, Lake District and Trondheim music festivals, played as principal cellist with the Manchester Camerata, and appeared with the LSO, London Sinfonietta and Aurora orchestra in venues including the Royal Albert Hall, Southbank Centre and Camden Roundhouse.

He is enthusiastically involved with music outreach work, regularly taking part in creative projects around the UK with children and adults of all ages. Before post-graduate studies with Mats Lidstrom and Jonathan Manson at the Royal Academy of Music in London, Jonathan gained a first class degree in German and French from Gonville and Caius College, Cambridge and was awarded the Kurt Hahn prize for the highest mark attained in the university in the 2008 German final exams. More recently he has been employed by the university as a researcher into seventeenth-century French street song. He is the organiser of Bristol’s much praised Really Classical Relay, which will return in May 2016 in its third year. 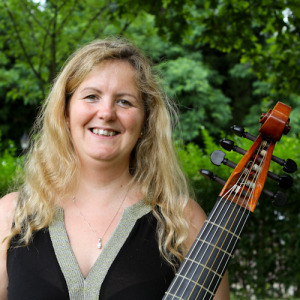 Kinga Gaborjani completed her postgraduate degree at the Royal Academy of Music in London with distinction in 2007. She studied the baroque cello with Jennifer Ward-Clarke and the viola da gamba with Richard Campbell. She won the Academy’s Early Music Prize for chamber music in both 2006 and 2007. Born in Hungary, Kinga gained her Bmus degree in Budapest.

She plays gamba continuo for Sir John Eliot Gardiner and the English Baroque Soloists. She has been guest principal cellist for the Orchestra of the Age of Enlightenment and the English Concert. She played continuo for the English Touring Opera for 7 years and has played with most of the period orchestras in the UK, including the Gabrieli Consort and players, Ex Cathedra, and the King’s Consort. 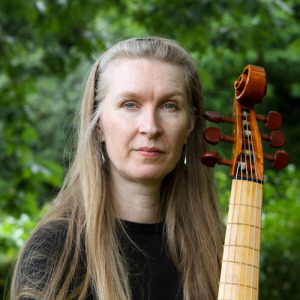 One of Britain’s leading lutenists with over 100 recordings to her name, Lynda Sayce read Music at St Hugh’s College, Oxford, then studied lute with Jakob Lindberg at the Royal College of Music. She performs regularly as soloist and continuo player with leading period instrument ensembles worldwide, is principal lutenist with The King’s Consort, Ex Cathedra and the Musicians of the Globe, and has broadcast extensively on radio and TV. She is also director of the lute ensemble Chordophony, whose repertory and instrumentarium is based exclusively on her research. Equally at home working with modern instruments, Lynda has performed with many leading orchestras and opera companies including English and Welsh National Operas, Opera North, and the CBSO. She was chosen by Sir Simon Rattle to play lute continuo for the Berlin Philharmonic Orchestra’s recent epic staging of Bach’s St Matthew Passion, performed in Europe and the US. Her repertory spans many centuries, and her discography ranges from some of the earliest surviving lute music to the jazz theorbo part in Harvey Brough’s ‘Requiem in Blue’ and the latest album from Russian folk rock legend Boris Grebenshikov. In 2013, after many years as a frustrated listener with twitchy fingers, Lynda added a bass viol to her collection of fretted things and started viol lessons with Susanne Heinrich. She has ventured on stage as a viol player with the Intrepid Academy and Musica Secreta.

Lynda has written for Early Music, the New Grove Dictionary of Music, and the art journal Apollo. She contributed texts on plucked instruments to the new musical instrument catalogue of the Ashmolean Museum, Oxford. She holds a Ph.D (Open University, 2001) for her research on the history of the theorbo, which is being prepared for publication. An enthusiastic lecturer and experienced teacher at all levels, Lynda writes beginners’ lute lessons for the British lute society, has taught on many summer schools and courses, and is regularly invited to serve as specialist examiner by both universities and music conservatoires. She has lectured at several institutions, including Columbia University and the University of Oxford. She is currently preparing a didactic recording and companion edition of lute duets, commissioned by the lute society, and a basso continuo tutor and theorbo method for publication in France.

A keen photographer, she also works with cutting-edge digitization equipment, for the Oxford-based Digital Image Archive of Medieval Music, and the Alamire Foundation at Leuven University, making use of her expert knowledge of early notations and her extensive experience of handling important musical manuscripts. Many thousands of her manuscript photographs are now in digital archives worldwide, providing unparalleled source access to music scholars.